Next year, youth elections will be held for Young Labour. BAME Labour asked young BAME Labour members questions that they wanted to ask the candidates. We forwarded them to candidates for National Chair of Young Labour, the NEC Youth Rep and London Young Labour Chair. Here are their responses.

What will you do to increase no. of BAME exec members?

I think it’s very evident that BAME people have generally been underrepresented on the Young Labour committee, and while it’s great that the current Young Labour chair is BAME, the fact that none of the candidates on the ballot for Young Labour chair or NEC youth rep this year are BAME is a sign of the systemic issues we’re dealing with. There’s no single one size fits also solution, but something I definitely want to ensure happens as Chair of Young Labour is training sessions specifically for BAME members on things like public speaking and manifesto writing. I also think we need to be engaging more BAME people in local Young Labour groups and encouraging them to run for exec roles there; as chair I’d work with BAME Labour as well as groups such as Sikhs for Labour, who I’ve been working with recently on getting more Sikhs involved in London Young Labour, and Chinese for Labour, to engage more people from BAME backgrounds in Young Labour groups and empower them to run for exec positions in those groups.

I also think it’s really important to look at the fact that often Young Labour events feature all white panels. We’re very aware of not having all male panels – which is obviously a really good thing – but having all white panel after all white panel, especially in some of the most diverse areas of the country, is not OK. When I’ve been chatting to BAME young members during my campaign, this is something that comes up time and time again; that when all the people we put on panels are white, it puts BAME members off standing for exec positions, locally and nationally, because it gives the impression that Young Labour is this space where people in positions of power are white. I’d work with Young Labour groups to ensure we improve BAME representation at our events; this is important in terms of equality but also for empowering and encouraging our young BAME members, which I think in turn with encourage more BAME members to run for executive positions both locally and nationally.

I also want to see Young Labour leading on issues of racism and xenophobia in society; I am beyond privileged to not have to deal with racism in my life and I can only imagine how much harder it must be to engage with politics, especially a politics that is increasingly pandering to right wing, racist rhetoric and policy, if you do. I think if we can make Young Labour a place that is publically, visibly and effectively fighting against and challenging this, it’ll make us a place that BAME people are more likely to engage with and want to run for leadership positions in.

As a white person, I’d want to with Young Labour’s BAME officer and BAME committee members, and BAME young members to deliver on these promises, and ensure that they are leading on these issues, cause it’s really not my place to tell BAME members what works for them; during my campaign I have talked to a wide range of people to feed into my manifesto, to ensure that my pledges take into accounts what people from all liberation groups want, and this is the approach I would continue to take as chair.

How will you diversify socials?

Again, I think it’s really important that BAME members are leading on this, so I would work with Young Labour’s BAME officer and other BAME exec members to ensure that Young Labour are holding a more diverse range of socials; both in terms of holding socials specifically for BAME members and also ensuring that in general we have socials that reflect the diversity of our membership and celebrate our multiculturalism.

Also similar to what I said above, but it’s important that where we have speakers at socials that it’s not just one white person after another.

And it’s important that we diversify socials locally as well as nationally; I’d work alongside our BAME officer to ensure that Young Labour groups are having socials which are diverse, which aren’t just drinking event; that aren’t just the same type of thing over and over again. I will help facilitate networks of BAME officers, to share best practice and generally support each other, and I will also work to ensure that white members of Young Labour execs aren’t, purposefully or not, acting as barriers for BAME members who want to organise and host events.

Would you consider implementing targets for BAME membership?

Definitely! One of my broader aims as chair is to have proper strategic plans for Young Labour’s development in each region, and having targets for both BAME membership and BAME engagement is something I’d absolutely include in that.

I also think it’s important that when we’re talking about increasing BAME membership and improving BAME engagement we also look at intersectionality; making sure that we’re getting BAME people who are also women, LGBT, disabled and working class involved.

What are your views on BAME shortlists?

In theory, I’m in favour of them; but I think similarly to what we did with all women shortlists, we need to test them and generally try them out to establish how well they work and how to implement them most effectively. As an LGBT, disabled woman, I am very aware that things that are effective for one liberation group aren’t always effective for another; therefore I don’t think the success of all women shortlists means we should automatically assume that BAME shortlists are going to be the ideal solution to our issues with BAME representation.

That being said, from my conversations with BAME members, I definitely think they could be a really valuable way forward. I think the two main things we need to look at is where they’d be used; so obviously some parts of the country have higher BAME populations than others, so should we use them predominantly where there a large percentage of the population is BAME? And secondly we need to look at how they’d intersect with all women shortlists; so recently with Edmonton we had an all woman, all BAME shortlist, which was excellent, and is definitely something I want to see more of moving forward, but we need to work out exactly how this would be implemented across the country.

Again – and I know I keep saying this but it’s so important – as a white person it isn’t my place to lead on this; just as women led on experimenting with all women shortlists to see what worked, BAME members must be allowed to lead on experimentations with BAME shortlists to work out how best to implement them, but I think they could prove an incredibly effective tool for combatting the underrepresentation of BAME people in our Parliamentary Party.

Rachel is one of two candidates running for Young Labour Chair. To read the other candidate, Caroline Hill’s response, click here. 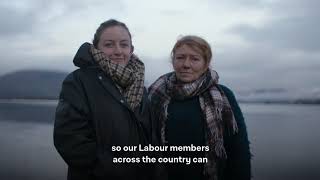