The 2014 European Elections will be a challenge in many ways – but increasingly the issue of BAME representation is one of those challenges even if it is not taken seriously. The UK has a handful of BAME MPs – and at last, in the last one or two electoral cycles this has finally begun to include BAME women, and BAME MPs who are no longer confined just to the Labour Party. This, and the Obama effect have all thrust us into a ‘post race’ world when it comes to BAME concerns in political selections.

Yet the European Elections in 2014 show how BAME representation across the EU is on a whole different level – so low in numbers that it is difficult to even count. Despite big demographic changes in some of Europe’s big cities – the number of non-white MEPs has stayed at an extraordinarily low number and there is some anecdotal evidence that this will remain the same or even reduce in the upcoming European Elections.

There are 766 MEPS in the European Parliament, yet there are probably only around 10 non-white MEPs – the last time a serious objective journalist tried to count the numbers – the Guardian’s Patrick Barkham in 2007, he said there were 9 out of 785 about 1.1%.

As no ethnic monitoring is done in the EU institutions it is impossible to give accurate objective information. When I was first elected I formed with MEPs Neena Gill, Harlem Desir, Cem Ozdemir, Livia Jaroka, Emina Bozkurt and others an All party group (Intergroup) on Anti-racism and Diversity.

We called for ethnic monitoring on a similar basis to gender monitoring. This is practised under the EU’s own Race Equality Directive, and in EU countries like Belgium and the UK public and private bodies are comfortable with ethnic monitoring and benefit from employing the best people whoever they are. Confidential monitoring is one of the best ways of measuring whether discrimination is happening against people of equal or greater merit based on their BAME origin. Yet in the EU and in many EU countries the policy is rejected for ‘cultural and historic reasons’ and some would argue because the institutions don’t want to do anything about increasing race and ethnic diversity amongst both the politicians and staff by telling a wider audience who is actually working in and representing them in the

The EU – particularly in its big cities is becoming more ethnically diverse, and yet the big western European countries Germany, Italy, Spain have virtually no BAME MEPs across their entire national groupings left to right. Of course it goes without saying that there are none from central and Eastern EU countries – and here the European Parliament has only one MEP of Roma origin (it is estimated that Roma population of the EU could be as high as 9 million).

The tiny number of BAME MEPs usually come from the UK, France and a smattering of single MEPs of Turkish or Kurdish origin from the Netherlands or Germany.

The UK currently has four BAME MEPs – one Labour and three Conservatives. The Lib Dems, UKIP, Greens and Nationalists have none. If the polls are to be believed then this number should slightly increase, but in other countries the anecdotal evidence shows existing BAME MEPs retiring or in ‘unwinnable’ positions on party lists. So overall, there is a feeling amongst those who are on lists of candidates currently selected to fight the 2014 election, that we may even see a reduction in numbers as the new Parliament begins. For Labour there are a number of strong BAME candidates standing for 2014 including Neena Gill (number 1 in the West Midlands), Afzal Khan (number 2 in the North West), Kamaljeet Jandu (London) Khalid Hadidi (East Midlands), Naseem Ayub (Eastern), Farah Nazeer (South East), Junab Ali (South West), Ansar Ali Khan (West Midlands), Asghar Khan (Yorkshire and The Humber), Asim Khan (Scotland), Wajid Khan (North West) and Sanchia Alasia (London) and we are campaigning hard to get them elected.

None of the big polling exercises analysing 2014 European Election outcomes looks at this issue -It just does not register as an important, even for many progressives in Europe who would otherwise be sympathetic to issues of equality.

Why is there such inertia and why are barriers so great? First the barriers facing potential BAME MEPs in their own member state are significant. Yet with party lists and positive action available as tools to ensure better gender representation in most EU countries, itis depressing that so little is ever done in this area.

My perception about BAME representation in EU countries is that each has it own history, hang ups, and barriers – but the fact that it so unusual to see a BAME MEP illustrates the persistent problem that exists. The European Parliament is a representative parliament like all parliaments should be in attempting to reflect society as it is, and to attract candidates of merit.

I represent London which in the 2011 UK Census registered only 44.9% of resident’s as white British. Yet I represent them in a Parliament which is around 1% non-white. Even if you care little for issues of race or ethnic equality, just from the point of the European Parliament being a representative parliament as all parliaments should be, this state of affairs in 2014 has got to be wrong.

Another reason why the European Parliament should be more representative with BAME MEPs of merit is the fact that the 2014 election is likely to see an increase in the number of MEPs openly hostile to the idea that immigration or diversity has had any positive impact in Europe at all. When the renewed hostility begins this summer in the newly formed European Parliament, it would be useful if more than 1% of MEPs were from BAME backgrounds and could reply with real experience. After all – they are talking about us.

Claude Ajit Moraes was elected in 1999 as London’s first BAME MEP and the European Parliament’s first Indian origin MEP when elected with other UK MEPs that year. He is currently Deputy Leader of the Labour MEPs in the EU and will lead the London List going into the European Elections on May 23 2014. 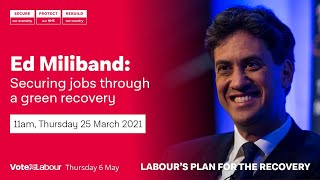 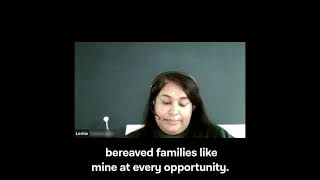