Not often I feel like this but last night (10th July, 2019) I was left feeling upset. I proposed a motion to Full Council asking members to join with me in recognising the 25th anniversary of the Srebrenica genocide next year. In writing it I was careful to ask only for support and not for any money so that it was not thrown out on the basis that it had financial implications. I was asking for the council to recognise the anniversary on its dedicated day, 11th July, by supporting a gathering in the peace gardens. The spirit of such an event is all about respecting each other and standing up for what is right.

I probably need to explain the background a bit.

I had been to Bosnia with a delegation from the charity Remembering Srebrenica. What happened in Srebrenica was the final episode in a systematic cleansing of the men and boys in the town. This was the biggest atrocity on European soil since the second world war and it happened in my life time.

It was a very tough 4 days for us. We all went as strangers and came back with a bond that will never leave us. What we saw was harrowing. You see images on the TV, but until you stand in that freezing cold, damp UN base you can’t imagine how it feels to be there. I’m known for being quite tough I can tell you, and in my time I’ve seen some terrible scenes as part of my work, but this was a whole different level. We all cried at some point in that visit. Our lovely guide Alan who was accompanying us was asking us if we were ok, and telling us to step out if we found something too much. The first time I cried was when I realised that we were all getting upset, but this young man had lived it; lived it every day as a child, lost family members, was shot at, had his whole life torn apart, and despite all that he had to earn a living reliving it every day. And there he was asking if we were ok when it was us should be asking him. I was so ashamed of that.

The testimonies we heard of rapes, beatings and murders affected us all. Women who lost their dads, husbands, uncles, sons, babies and would live the rest of their lives without them. In many cases not even having a body to bury. Some would think that living on after that was the cruelest thing of all.

We all resolved that on our return we would share the stories and talk of the lessons we must learn. We all pledged to do something special to commemorate the 25th anniverary Memorial day in 2020 .

So to go back to what happened last night.

My motion had been accepted as valid and put onto the agenda for tonight’s meeting, which fell on the anniversary of the start of the atrocity so it was very timely.

The day before Council, I was given an amendment to my motion. This came from Cllr Towneley (Con) and Cllr Birtwistle (Lib) from the Executive. They did not say who would be supporting their vote, but when the ruling group brings an ammendment you have to assume it’s members will be supporting it. They had trimmed my motion right down and removed the support for the event, instead saying it should be remembered with other genocides on Holocaust Day in January. The amendment was clear to have been a substantive change from my motion and I was fairly sure this would be dismissed.

It was. But instead of being gracious in that and just showing support for the July event, they spent a full day making changes. I was given the amendment 5 mintutes before the meeting started. I was handed a piece of paper that showed all the changes to my motion in red. There was more red than the original black. It had been completely butchered into an unrecogniseable motion. All reference to the charity Remembering Srebrenica was gone (apart from the logo!), as was any reference to commemorating the genocide on July 11th. This was something that I had spent a long time considering and talking to colleagues about.

Let’s be clear, our remembrance on Srebrenica Memorial Day next July will happen with or without the support of Burnley Council. My colleagues and I are clear on this. What we asked was for a show of cross party support and I didn’t feel we should have to beg for this, I expected the Council to be united on it.

The amendment makes reference to other agencies that are not directly related to Srebrenica and I felt this watered down the importance of the work of those who were dedicated to the story of Srebrenica, such as The Mothers and the work of ICMP.

I was not prepared to sit and argue about this motion. I was not prepared to ask my colleagues to vote against an amendment which was asking for recognition for those killed in Rwanda and the Yazidi, and seeking support for organisations listed in the amendment. I did not see why we sould be put in a position where we had to dismiss others plights and struggles in order to get support for our own cause.

Bringing the amendment just minutes before the meeting left me no time to think or consult with others. But I felt I owed it to those I was remembering to not be forced into a corner to support something that did not do its job. So I had to make a quick decision.

I made the decision to withdraw the motion. In doing so, I left the option open for the motion to return at a future meeting. If I had moved the motion and allowed it to be debated I would not have had this option. As we don’t have the majority of the Chamber on our side, we would have been gambling that we had enough support to get the motion through, and I could not imagine the offence, outrage and heartache a defeat would cause, which would be completely contrary to the spirit of the motion and the aims of the charity.

So I’ve been here trying to decide the next steps.

I believe in letting people reflect on what may have been an insensitive decision and give them a chance to make it right without prejudice.

The best outcome here is that those who seek to amend set aside their need to and grant their support for the Srebrenica Memorial Day on 11th July 2020. I would like to think that they could see their way to doing that.

So this is my open appeal for that to happen. To those who supported the amendment please reconsider.

To those that did not feel willing to support the motion I ask you to reconsider. It is not too late. I am not ready to give up on you. The more we remember, the less we forget. Your support hurts no one, but your rejection does.

Let’s put this behind us, learn from the mistake and move forward, let us resubmit the motion without challenge, and show solidarity as a Council in our act of remembrance in 2020. 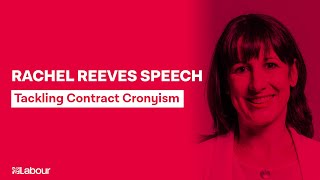