Labour Party Conference: Ensuring No One Is Left Behind (Why We Need to Tackle Growing Inequality in Education and Employment)

Last week I attended the Labour Party conference held in Liverpool. Of the many events I attended, one of the most engaging and fascinating was a roundtable event titled ‘No One Left Behind: Who’s Looking Out For Young People?’ held by the social justice charity Nacro. The panel discussion was chaired by Guardian columnist Polly Toynbee and featured important contributions from Wes Streeting MP (Treasury Select Committee), Councillor Richard Watts (Leader of Islington Council and Chair of the influential Local Government Association Children & Young People Board), Seyi Obakin (Chief executive of Centrepoint) and Sally Benton (Nacro). The event focused on the growing intergenerational inequality which is felt in all corners of our society, particularly in the quality of our educational system.

Since coming to Parliament this has been an issue I have taken a deep personal interest in, as over the last six years it is young people who have felt the brunt of austerity. They have seen welfare cuts hit them the hardest, they’ve seen tuition fees treble, housing benefit restricted and are facing the prospect over their lives of working longer for less pay. Many who go to university find themselves saddled with debt, working jobs that have little to do with their degrees, stuck living at home with parents as they can’t afford to get on the housing ladder. While those who don’t go to university find it equally hard, working jobs often with insecure hours and poor pay, seeing their colleagues over the age of 25 receiving a pay rise under this Government. In Britain we have always held true to the belief that each generation should be better off than the last. However with the current generation of young people this simply does not ring true.

Nowhere is this growing divide more visible then in our education system. According to Nacro at least 3,000 students fall out of education every year. Every year there are around 166,000 young people who are not in education or employment or are in low wage and insecure work. Those who fail their post 16 qualifications and resit GCSEs and other qualifications at colleges find government funding cut by a third. I was shocked to discover that 50% of those who do not achieve a grade C or above at GCSE level at 16 do not achieve one at 18. Under our current education system those who fail at the first hurdle are doomed to be branded as failures for life, as support and funding is increasingly reduced.

We need an education system that works for everyone. Not just the wealthy or the few. We need a system that offers options and support to young people and allows the flexibility of mistakes without the added pressure that failing once will be the end of someone’s aspirations in life. That is why I support the idea of a pupil premium extra for post 16, which would help young people catch up with their peers and offer them the funding and support they need to continue with their studies. It would be a positive step in closing the increasing inequality in our education system.

The second area of concern is employment. As Seyi Obakin rightly said at this event, should we be happy that 1 in 10 young people are unemployed? Is this really good news? I certainly don’t think so. Under the Government’s new proposed living wage a 23 year old will earn £3,700 less than their 25 year old colleague, who does exactly the same job, same hours and the same work. Surely that is not fair or right? This Government has been keen to promote apprenticeships as an alternative path to higher education, and yet apprentices are paid £3.30 an hour. How can anyone live off of £6,000 a year? All of this reinforces the growing concerns of those across society that it is young people who have suffered the most as a result of the financial crisis but more so as a result of Tory austerity.

Things cannot go on this way. We cannot continue to have a Government that stokes up division between the elderly and the young, and we cannot continue to have policies that give the impression of favouritism of the old over the young. That is why I will continue to give a voice to the concerns of young people, who far too often find themselves voiceless, it is why I will champion investment in education and campaign for a real living wage which does not discriminate by age, and why I will campaign hard for a Labour Government at the next election. 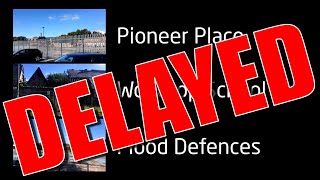 A look back at 16 months of delays

The British people have done everything asked of them.