A Time of Sadness

I know, this week that all the communities of Burnley and Padiham will want to join with me in sending heartfelt condolences to all those who have suffered loss in France. It is right that security in Britain is strengthened but it is also right that life goes on as usual because those who carry out these vicious terrorist atrocities cannot be allowed to triumph. Events such as this put everything else into perspective but in the spirit of carrying on as normal I will share with you my other business this week.

The first part of the week was dominated by the Government’s Trade Union Bill. This bill, that is now on its way to the Lords is a direct attack on the freedoms of British workers. My detailed thoughts on this can be read by visiting my website at www.juliecooperforburnley.co.uk but suffice to say here: a worker’s right to withdraw his or her labour in the face of exploitation is a basic human right recognised in every civilised country. This right is now in jeopardy for British workers. Some members of the Government last week talked about the effects of strikes on tax payers and on families with children. It is clear that these people do not understand that trade unionists have children and they pay taxes and furthermore they only resort to strike action as a very last resort.

The mini recess gave me the opportunity to travel to Banbury to visit Aston Martin. It is really exciting to know that so many parts for these top end cars, preferred by 007 are being made by the very impressive and forward-looking Burnley company, BCW. I shall certainly watch the latest James Bond film with renewed interest and I look forward to supporting the growing relationship between Burnley and Aston Martin.

I am grateful to Tesco for allowing me to hold my surgery at their Burnley store and in particular to Community champion Billie-Jean Horne. I aim to be as accessible as possible and regularly hold surgeries out and about in the community as well as in my constituency office. Full details are available in the Burnley Express.

On Saturday evening I was pleased to accept an invitation to attend the annual awards evening at Burnley’s Boys and Girls Club. This proved to be a very enjoyable evening. It is clear that the club, which is situated on Barden Lane and was originally founded in 1899, is still thriving. This is due in no small measure to the Club’s Leader, John Melvin who is ably assisted by a team of volunteers. A wide range of activities are on offer to members who currently range in age from 7 years old to adult. Members that I spoke to said that the club is like one big happy family and it is certainly the case that many of the adult helpers have been part of the club since they were themselves children. It was an honour for me to present the annual awards.

The Impact of Covid-19: No turning back the clock on equality – Connected Rally 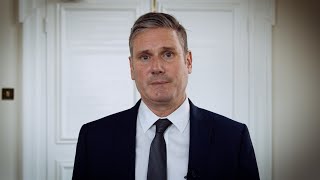